You are here:
165
SHARES
ShareTweetSubscribe

Search Engine Optimization (SEO) can make or break a new business, and has a huge impact on whether a new site is commercial success. The general concept, for the uninitiated, is that search engines use criteria from your site, plug them into an algorithm, and then use the result to decide if your site contains the information people are looking for.

In principle, it’s very straightforward. In practical terms, it’s a real challenge because search engines tend to be very secretive about what those criteria actually are. Because of this, there is a whole industry of modern day code breakers attempting to reverse engineer Google’s algorithms day in and day out. Placing higher in the search results is big money, so, sooner or later, the inner workings of the black box are puzzled out.

People being people, about a tenth of a second after someone figures out what the rules are, everyone starts gaming them, and optimizing their pages to appease the search engines and inflate their ranking for various search terms irrespective of actual content value.

This is, as we’ve said, a huge industry.

Of course, once everyone starts gaming the system, spam begins to sprout up everywhere, and the overall quality of the search results begins to drop.

The big search engine companies don’t take this lying down, however, no; Google and Bing are constantly updating and changing their algorithms to weed out spam, prevent us from gaming the system, and, also, to improve the predictive ability of their search engines.

That’s why, a few years back, SEO was mostly a matter of keyword stuffing (but not stuffing too much) but 2015 was the year of long-from content and long-tail keywords.

What 2016 will be remains to be seen, but Google has already been busy shaking up the rankings in January, so it’s likely there’s going to be more to see in the months ahead.

The biggest SEO change for developers this year has been Google’s update of their core algorithm. Everything they’ve done and changed isn’t apparent just yet, but there’s not too much mystery, because changes aren’t incorporated into Google’s core algorithm until it’s a fair bet they don’t need to be watched constantly to avoid disaster.

In other words, Google’s probably just taken their big changes from 2015 (and before) and set them free to run without supervision. In other words, Panda has been moved to the core, and no one’s completely sure what that means, but it’s probably important. It seems likely that various mobile search ranking preferences have also been subsumed, but it’s too early to tell.

All of which sort of leads to the question, “If everyone is unsure what’s going on, how am I supposed to keep the sites I manage optimized?”

Well, there are a few things you can do to stay ahead of the curve.

How to Stay on Top of SEO Trends

1. Install Plugins that do most the work for you.

If you’re using WordPress, and you probably should be, unless you’ve got a custom coded site, there are a number of plugins that do much of the heavy SEO lifting for you by automating many tasks and telling you if you’re making mistakes. They update regularly to reflect consensus changes in SEO practices.

The big one is Yoast.

When all else fails, turn to the experts. The thing is, you need to be sure you’re finding sources who stay on top of developments. An expert who knew absolutely everything about SEO in 2014, but hasn’t kept up on things, is the next best thing to useless in 2016.

You don’t have to turn yourself into an expert, but very rarely is knowing more than you need to a disadvantage in life. On top of that, the evolving means and methods of how we find, collate, and deliver information is one of the most salient issues of modern civilization. If the internet is a lever moving the world, then search engines are the fulcrum on which it rests. So find a blog and follow it.

3. Learn the rules of the system.

Google makes a real effort to tell you what not to do, so you don’t get penalized. Make sure you check in on that regularly, or, if this is your first site, learn them. Since they’re setting the rules, even if the exact process might not be clear, following their rules should keep your site from being penalized.

The process is more than worth the time invested, and the will probably help you create better content—which is the next point on this list.

In this, at least, nothing has changed since the beginning. The take-home, then, is that you should create content with value to the people who find it. If your content is the best answer to a search query then whatever changes Google makes will be with the goal of bringing people to your content (you know, in a large and impersonal sense).

If you’re working to create great content that users will find helpful, well, you’re probably going to make content that’s pretty close to optimized, whatever minor tweaks and changes come your way in the months ahead.

How to Structure Your Website Hierarchy to Make It a Silo
January 10, 2020

How to Optimize Images for SEO: Step by Step Instructions
November 13, 2019

WHAT OUR CLIENTS SAY 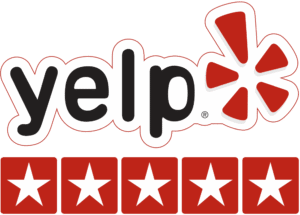